Beware of the Fake Crypto Site Masquerading as SwingTradeBot!

Over the last few weeks a few people have contacted me asking if I was involved in a website which has stolen my SwingTradeBot logo and is using a URL which is very close to mine.  For the record, I have zero involvement with that site.

Moreover, it seems clear to me that it's nothing but a scam.  Here are some quick data points I noticed while scanning their site (some screenshots are below):

I just sent the following cease and desist letter:

To: The owner of the website hosted at swingtradebot.co

It has come to my attention that you have made an unauthorized use of my copyrighted
work entitled SwingTradeBot (the "Work") in the preparation of a work derived therefrom. I have reserved all rights in the Work, which was first published on August 8, 2013 at https://swingtradebot.com , and I have registered the copyright.

You neither asked for nor received permission to use the Work as the basis for swingtradebot.co nor to make or distribute copies of it. Therefore, I believe you have willfully infringed my rights under 17 U.S.C. Section 101 et seq. and could be liable for statutory damages as high as $150,000 as set forth in Section 504(c)(2) therein.

I demand that you immediately cease the use and distribution of all infringing works
derived from the Work, and all copies, including electronic copies, of same, that you deliver to me, if applicable, all unused, undistributed copies of same, or destroy such copies immediately and that you desist from this or any other infringement of my rights in the future.

If I have not received an affirmative response from you by October 16, 2019 indicating that you have fully complied with these requirements, I shall consider taking any and all legal remedies available to rectify this situation.

Here are some screenshots from when I examined the site earlier:

These two show how they've copied and (poorly) modified my logo: 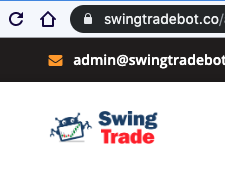 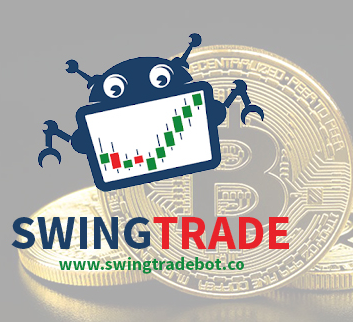 This is the result of a Google Map search for their claimed address: 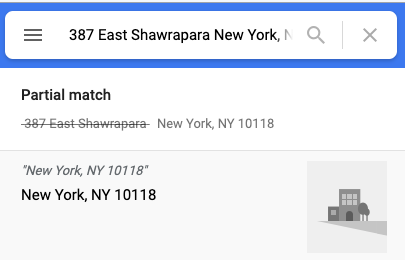 And this shows a Google search for that claimed address, listing many (also scammy looking) sites using the same address: 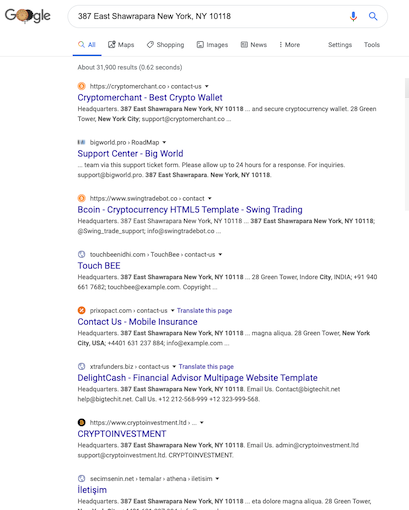